The REI Multi Towel is the larger version of the REI Multi Towel Lite, and to put it bluntly, it’s not a great pick as a camping towel. It’s not much better (although it still is a teeny little bit better) than a regular cotton towel that you have at home, and it’s one of my worst performing camping towels (second-worst, to be specific).

The only thing that is outstanding about the REI Multi Towel is its absorbency. It’s also pretty comfortable. Other than that, there’s nothing great about it, and it has so many disadvantages.

When you buy the REI Multi Towel, you get the towel as well as a storage pouch.

The following specifications are from my personal measurements of the REI Multi Towel:

The REI Multi towel has a quick-attach loop, so you can hang it on a hook at home, on a clothesline in the outdoors, or even on your pack when you’re hiking. If you’re at home, it is machine washable in cold water and can be tumbled dry.

The storage pouch uses Velcro, and fits the towel easily. The pouch also comes with a hanging loop, so you can use a carabiner to hang it outside your pack.

To test absorbency, I measured the amount of water in this bucket, soaked the REI Multi towel, and measured whatever water was left.

I also performed the same test on a similar-sized cotton bath towel, which absorbed 1,100 mL of water and has a lower absorbency of 3.26 times.

After soaking the REI Multi towel, I wringed out as much water as possible. After wringing, the REI towel weighed 627 grams, or 22.1 ounces. This means that 29% of water was left.

After wringing, I left both the REI Multi Towel and the cotton towel to dry outdoors. The REI towel started off at 627 grams (or 22.1 ounces), and dried completely in about 1 hour and 35 minutes. On the other hand, the cotton towel took 2 hours and 15 minutes to dry.

When left indoors to dry after wringing, the REI towel took 14 hours to dry completely, while the cotton towel took 27 hours.

For this next drying test, I measured 100mL (or 3.4 fluid ounces) of water for the REI Multi towel, and also for the cotton towel, and left both of them to dry outdoors. This is to make sure that both towels absorbed the same amount of water.

The REI Towel started off at 363 grams (or 12.8 ounces), and dried completely in about 35 minutes. As for the cotton towel, it took slightly longer, drying in about 40 minutes.

I also conducted the same test indoors. When left indoors, the REI Multi Towel took 5 hours to dry completely. On the other hand, the cotton towel took about 7 hours to dry.

I went to the beach and soaked the REI Multi Towel in seawater. After, I wringed out as much seawater as I could, and sealed the towel in a plastic bag for 4 days, or 96 hours.

For this grass and dirt test, I dragged both the REI Multi Towel and the cotton towel along some grass and stepped on them.

The REI Towel picked up a whole bunch of grass and leaves. Even after shaking the towel, there was still a lot left, so I had to remove them one by one.

The cotton towel picked up much less dirt, which I thought came off easily, but after getting home, I noticed some dirt was still stuck to it. For this test, both towels didn’t do very well, but the cotton towel did better than the REI towel.

For the sand test, I covered both the REI Multi towel and the cotton towel with sand. Some sand did stick to the REI Towel, though a few good shakes got rid of it. Sand also stuck to the cotton towel, but shaking it did the job as well.

Both towels did well in the sand test. The cotton towel might have performed better than you expected because it’s not fluffy and has short piles.

The REI towel is also a little more compact. Here’s what it looks like beside the cotton towel from the side.

Both the REI Towel and its storage pouch come with hanging loops for easy carry and drying. Unfortunately, if you’re not tall like me, the REI Towel will drag on the ground if you hang it on your pack.

The REI Multi Towel is a soft and fluffy camping towel that doesn’t stick to your skin much, so you can wipe instead of patting down, and it won’t leave your skin feeling like it’s still damp. However, it has a faint staticky feeling to it, which is a little weird but I don’t think it’s a big deal.

As for quality, the stitching is consistent with no gaps, although a few loose threads started to appear after some use.

After 4 months of light usage, the REI Towel went from its original weight of 263 grams to a weight of 261 grams, losing about 1% of its original material. The color also bleeds a little bit when washed.

The hanging loop is useful and secure, but the catch can be a bit stiff. As for the storage pouch, it’s strong yet lightweight at the same time, though I’d prefer zippers to the current Velcro opening.

So, while the REI towel is a comfortable towel, the quality might be a little lacking.

For pros, the REI towel is the most absorbent camping towel that I have, with an absorbency of 4.8x, and wrings out 71% of the water it absorbs (although it doesn’t dry too quickly after wringing). It is also a decently comfortable camping towel.

However, for cons, the REI towel picks up a lot of odors, and is my worst smelling camping towel. It is also one of my least dirt-repellent towels, and one of the slowest drying.

Would I recommend the REI Multi Towel?

Well, it’s not the worst camping towel that I have, but it’s definitely not a good one. Compared to a regular cotton bath towel, it smells just as bad, and it picks up even more dirt. Compared to the other camping towels that I bought, it’s the worst smelling and the one of the least dirt-repellent.

To sum up, the only thing that is outstanding about the REI Multi Towel is its absorbency. Beyond that, there’s nothing else that’s great about it, and it has plenty of disadvantages. To me, the cons outweigh the pros here, and I cannot recommend the REI Multi Towel as a good camping towel. 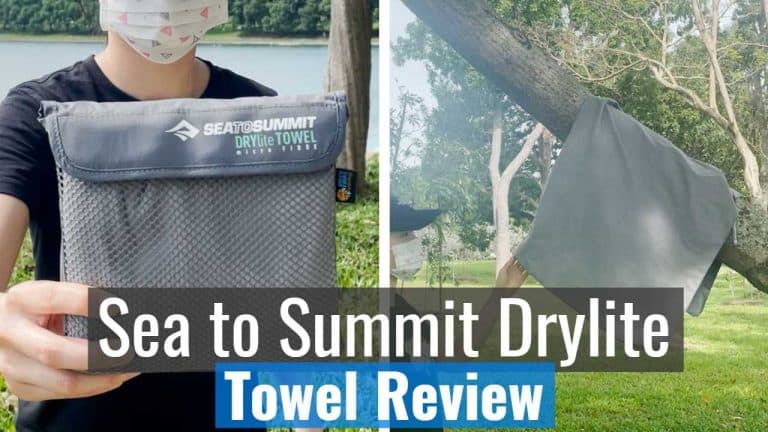 The Sea to Summit Drylite towel has the necessary qualities to be a decent camping towel. For example, it beats a regular cotton towel in aspects like wringing, drying, odor resistance, dirt repellence and portability. However, after just 4 months of light usage, I noticed a few quality issues. What are these issues? Please read… 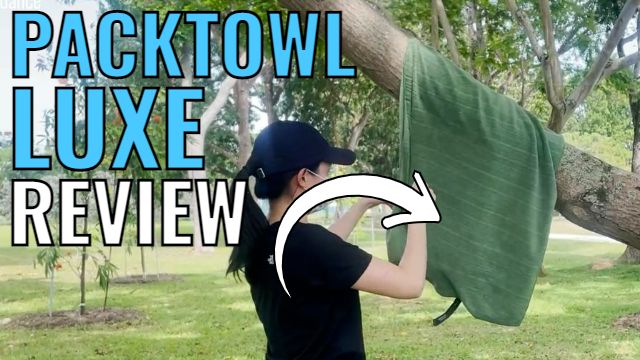 The PackTowl Luxe is the most comfortable camping towel that I have, and comes the closest to feeling like a regular cotton towel at home. It’s fluffy, plush, soft, has perfect sizing, is true to size, does not stick to skin at all, and dries me off plenty well. Not only that, the PackTowl Luxe… 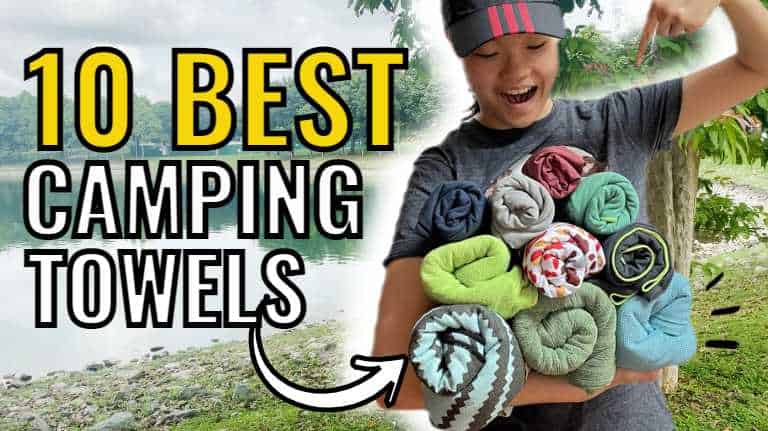 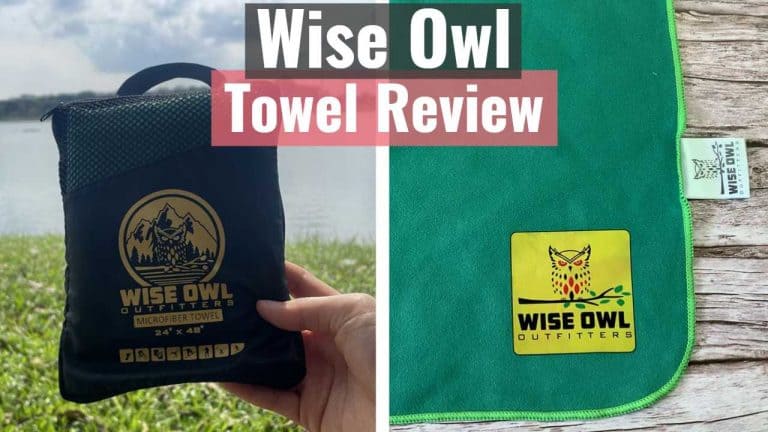 The Wise Owl Outfitters Camping Towel is an inexpensive, dirt repellent and durable packable towel. It’s of good quality and has decent overall performance, all for a super affordable price. It’s no wonder that the Wise Owl Towel has one of the highest ratings for packable towels on Amazon, and I couldn’t resist getting one… 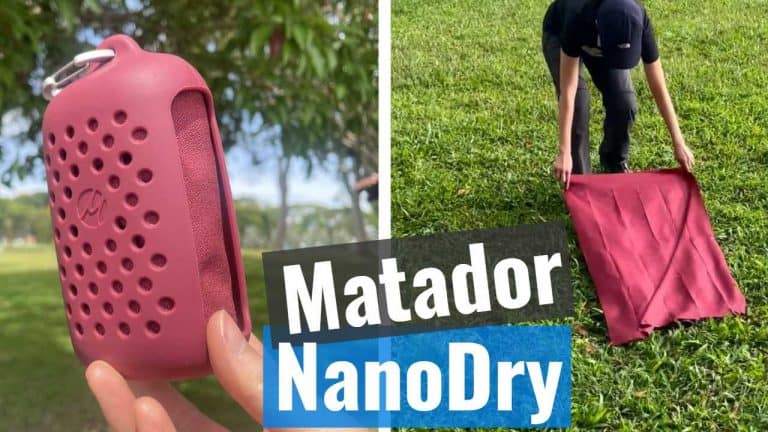 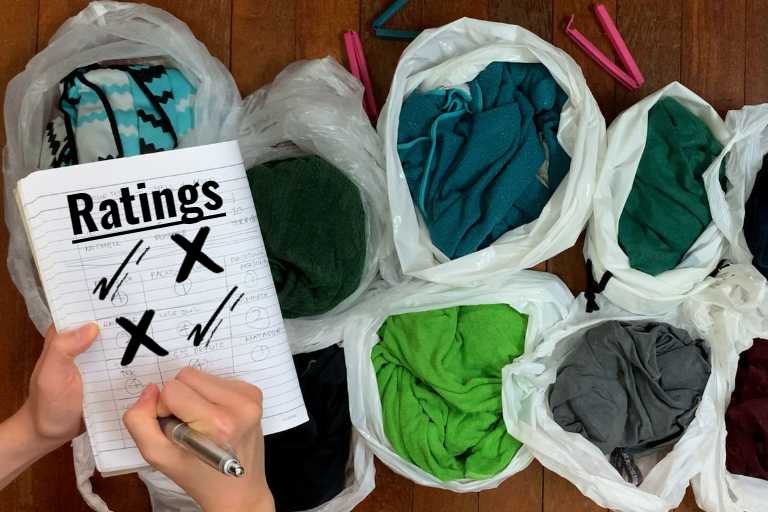 This is a follow-up blog post on the 10 Best Camping Towels and the 5 Best Backpacking Towels review round-ups. Disclaimer: This is not going to be a very interesting post, just some numbers and rating systems. So, feel free to hit the X button whenever you get bored. If you enjoyed the video, please…